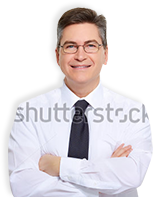 Litecoin or LTC is a digital currency. It was created in 2011 by Charlie Lee who previously worked at Coinbase and Google. Designed expressly for transactional purposes, Litecoin is cheaper and faster to use than Bitcoin. This cryptocurrency is built on the same blockchain as Bitcoin, albeit with unique characteristics. The open-source, peer-to-peer blockchain project is regarded by many as the silver to Bitcoin’s gold. Given that Litecoin transactions are much quicker and more scalable, LTC has high utility value in transactions. Bitcoin, by contrast, is regarded by many as a store of value with long-term appreciation potential.

Litecoin is capped, just like Bitcoin. A total supply of 84 million LTC tokens will be available, with 150 pre-mined tokens at inception. With Litecoin, there is a 4-fold increase in supply and speed. For example, Litecoin features 84 million tokens vs 21 million tokens for Bitcoin. Plus, Litecoin’s transaction speed is 4X faster than Bitcoin’s transaction speed with one block mined every 2.5 minutes. While the price of Litecoin is significantly lower than that of Bitcoin, it remains a top cryptocurrency with a multi-billion dollar market cap. Litecoin ranks highly with traders, as evidenced by substantial daily trading volumes.

From a safety perspective, Litecoin is cryptographically secure. It uses the Proof of Work (PoW) consensus to rapidly and securely process transactions. Double-spending is impossible with Litecoin and the network enjoys 100% uptime for traders and investors. The price direction of Litecoin is closely correlated with that of Bitcoin. However, a greater supply invariably waters down the price. As a speculative asset, Litecoin is influenced by the price of Bitcoin, the news, LTC adoption rates, and LTC supply.

The mining algorithm governing Litecoin is different to that of Bitcoin. For starters, Litecoin uses Scrypt and Bitcoin uses SHA-256. The Litecoin model was initially designed as a democratized system, allowing GPU and CPU miners to compete for Litecoin. With Bitcoin, it’s largely governed by ASIC-based miners. Technological evolution has allowed ASIC miners to dominate even with LTC mining today.

When Litecoin was introduced to the world on 13 October 2011 it was trading at a fraction of a dollar before hitting a high of $386.45 on 9 May 2021. Litecoin currently trades in the $150 range (January 2022). This digital asset can be traded at many of the world’s leading cryptocurrency exchanges and brokers. Litecoin can be traded with many fiat currencies including the EUR, USD, KRW, and others. The market cap is currently $10.3B (January 2022).

Plus500 is a pioneer in cryptocurrency trading. With tight spreads, relatively high leverage and around 10 crypto assets to choose [...]
Read Full Review

Eightcap is a Melbourne-based broker, established in 2009. The company’s mission is to provide traders with an exceptional forex experience. [...]
Read Full Review
Learn More About CFDs
Introduction to CFDs
A Contract for Difference (CFD) is the difference between where a trade was entered and exited. CFDs are tradable instruments [...]
Read More
CFD Trading Platforms
As a newbie trader, contracts for difference can be somewhat overwhelming. These seemingly complex financial instruments can be better understood [...]
Read More
Choosing a CFD Broker / By Ryan Fine
As a trader, you always want to know that your chosen CFD brokerage is the best one for your trading [...]
Read More
Risks of CFD Trading
CFDs are leveraged financial products. For many traders, the appeal of CFDs masks the risks associated with these products. The [...]
Read More
Understanding CFD Financial Instruments
Contracts for Difference (CFD) are derivative financial trading instruments. With CFDs, you can speculate on rising or falling prices of [...]
Read More

"A friend of mine recommended them to me. They are by far the best CFD broker I ever used thus far." 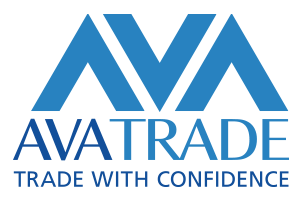